Jesse started his career with Alliance Atlantis, following which he took a position with Blueprint Entertainment Corporation (currently eOne), as their VP Business Development & Co-production.

Jesse has provided production services for Spotlight (Best Picture, Oscars 2015), All is Lost starring Robert Redford and was as an Executive Producer of George A. Romero’s Survival of the Dead which premiered in 2009 at the Venice International Film Festival and had its North American Premier at the Toronto International Film Festival. He also Executive Produced the feature Running Mates starring Henry Winkler and DJ Qualls.

On television, Jesse is an Executive Producer of the hit series How to be Indie which is presently in its second season with YTV. He also Executive Produced the reality series ReVamped for Slice Network.

Jeff began his directing and producing career while attending University and majoring in film theory. Productions included Barstool Words by Josh Friedman, The Birthday Party by Harold Pinter, Fool for Love by Sam Shepard, and Waiting for Godot by Samuel Becket.

In the summer of 2000 Jeff remounted Barstool Words off-Broadway in New York, to rave reviews and had an extended run for winning the Off-off-Broadway Theatre Festival. The following year, Jeff began directing and producing for film and television, his first project being the TV-half-hour version of Canadian Playwright Mavor Moore's one-act, The Store, which aired on CBC, IFC Canada, and W Network. The project marked the start of producing partnership with Jesse Ikeman, and formation of Sudden Storm Entertainment.

In 2005 Jeff produced and directed the feature film Killing Zelda Sparks which won top honours at the 2007 San Diego Film Festival and has since been distributed in several territories around the world. Since that time Jeff has been involved as a producer and executive producer on George A. Romero's Survival of the Dead, and most recently Thomas Michael's, Running Mates. 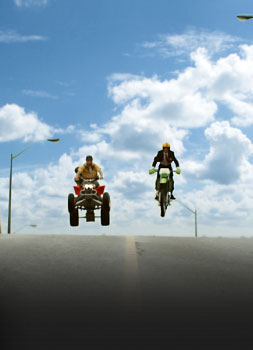