How to be Indie

So you're different.  Your name is Indie ("Indira" to your parents), you're 13 and your only job is to grow up.  Sounds simple enough, but things get tricky when you're trying to blend in at school but your traditional parents are pretty fond of their old-school values … So what's a girl to do?  Try to make it work in her own unique way. 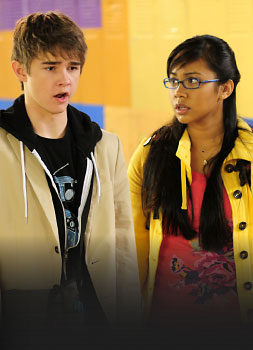